We Support Service With Respect

Research by the Institute of Customer Service revealed that over half of the workforce in customer-facing roles have faced abuse from customers since the start of the Coronavirus pandemic.

People who work in retail have faced so many hurdles this year. From curbing panic buying, implementing new queuing systems and standardising hygiene measures to encouraging the use of face masks, all whilst putting their own health at risk.

It’s fair to say, they have risen to the challenge. So, where is the respect that they deserve?

After hearing some shocking accounts of abuse from our Payzone retailers, we spoke to Muntazir Dipoti, National Vice President of the Federation of Independent Retailers (NFRN) to find out more about the challenges that independent retailers are facing and the causes behind the rise of abuse.

“The introduction of mandatory face coverings has been difficult for independent retailers. While most customers comply, some don’t. Through a sense of public duty, retailers have been challenging those who refuse to wear masks, which, by all accounts, leaves them open to abuse,” commented Muntazir.

“We have heard some horror stories from retailers about customers’ reactions at being asked to wear a mask. There was a recent case where a customer was asked to put on a mask and proceeded to go ballistic, throwing wine bottles all on the floor.

“The NFRN is encouraging independent retailers who no longer feel safe in questioning non-compliant customers to educate them instead. We suggest that retailers place posters and stickers around the store to remind people to wear masks, rather than challenge them head-on. These posters ask shoppers to be kind, be patient and, unless exempt, to cover their faces when in their local shop. 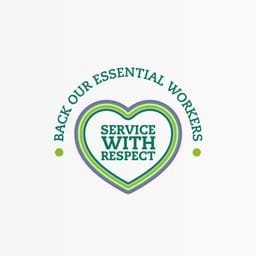 A rise in theft

Since the outbreak of COVID, retailers have reported a rise in antisocial behaviour and shop theft.

“In one case, a retailer told me that he had been experiencing on-going theft committed by the same perpetrator who waits until the store owner has left before entering the store. The owner had advised his staff not to challenge him and put themselves in danger. Instead, their tactics were to get him out of the shop, even if he hasn’t paid.” recalled Muntazir.

“Unfortunately, shop owners and staff are having to turn a blind eye to theft more and more, as  police forces are stretched and don’t usually turn up straightaway for thefts under £200.”

Not surprisingly, Muntazir said that the rise in abuse against customer-facing workers has led to an increase in anxiety and stress-related illnesses.

How can store owners support their staff?

You can read more about the campaign here.

Here at Payzone, we’re proud to stand beside our retailers and postmasters by supporting this campaign. 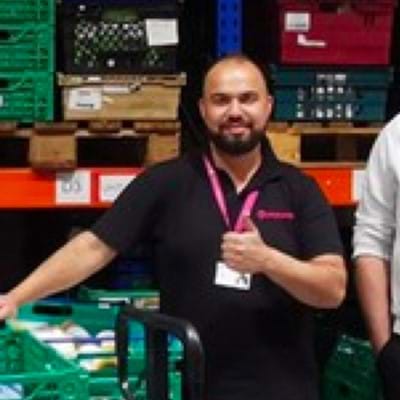 To learn more about the fantastic work the Trussell Trust are doing within communities around the UK, our staff have been visiting their local food banks to see their efforts first hand.